Aerohaline communities of the cliffs and rocky shores of the Mediterranean, as well as of the southwestern Iberian and northwestern African Atlantic, with Crithmum maritimum, Plantago subulata, Silene sedoides, Sedum litoreum, Limonium spp., Armeria spp., Euphorbia spp., Daucus spp., Asteriscus maritimus. Mediterranean sea-cliffs harbour numerous endemics of of extremely local occurrence, in particular, of genus Limonium, which comprises at least 43 and probably closer to 120-150 Mediterranean cliff species species, many of them restricted to a few stations, and several threatened, such as, for instance, Limonium remotispiculum of southern Italy and Limonium strictissimum of Corsica and Caprera. 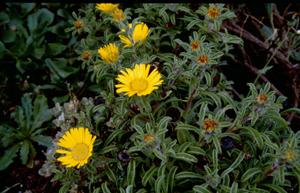 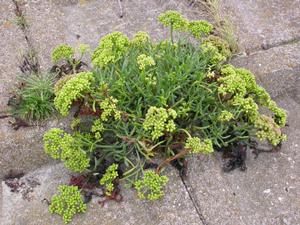 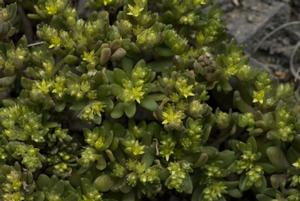