Closed, perennial communities of slightly calcareous sands of northern and western Central Europe, and of northern Eastern Europe, characteristic, in particular, of old riverine dunes and morainal hills, with Armeria elongata, Festuca trachyphylla, Sedum sexangulare, Carex ligerica, Helichrysum arenarium. Best represented in the dunal system of the large rivers of Central Europe, in particular the Weser, the Aller, the Elbe, the Oder, the Vistula, the Bugu, the Narwi, of the morainal hills of the Baltic plain of Mecklenburg-Pomerania, of Brandenburg and of Poland and Lithuania, of the Main sands of Franconia and of the Bohemian basin, these formations extend west to the fluviatile district of the Netherlands, and east to Polesia, Lithuania and northwestern Russia, south to the upper Rhine sand flats and the Bavarian Plateau. 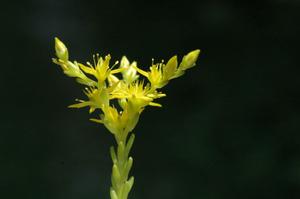