Beech forests of the northern slopes of the southernmost mountain range of the Crimean Peninsula at altitudes between 600 m and 1100 m, on Jurassic substrates, under a climate regime of cool temperatures and moderate precipitation; the beeches are in almost pure stands or occasionally mixed with Carpinus betulus, Fraxinus excelsior, Tilia cordata, Ulmus glabra, with a poorly developed understorey that may include Euonymus latifolius, Taxus baccata. 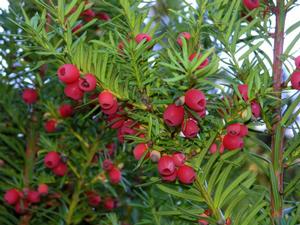