Castanea sativa-dominated forests and naturalised plantations of the Iberian peninsula, southwestern and central France, probably entirely resulting from ancient introductions, common in northwestern Iberia, in Catalonia, in the mountains of central and western Iberia, in Andalucia and, mostly as substitutes of southwestern Atlantic medio-European oak forests in the northwestern piedmont of the Pyrenees and southwestern France, fairly rare in the rest of the Iberian peninsula. 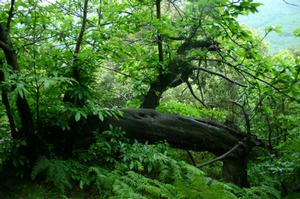