Bryophyte dominated spring communities of alpine, subalpine, boreoalpine, arctoalpine, and sometimes upland, well-lit, lime-poor cold waters of the northern Palaearctic mountains and hills, of the Alpine system and of the great Hercynian ranges, mostly dominated by Philonotis seriata, Bryum schleicheri or, in the north and west, Philonotis fontana, with a vascular species cortège marked by arcto-alpine species, among which Saxifraga stellaris is usually prominent. Somewhat intermediate between the communities of unit D2.2C11 and those of units D2.2C13 and D2.2C14, they extend to relatively low upland regions in northern Europe, in the British isles, and, as glacial relicts, in the Hercynian ranges and their periphery. 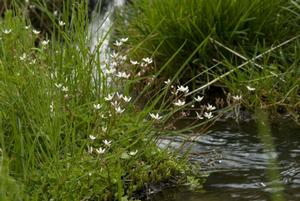 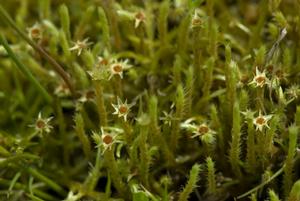