Where caves and overhangs occur on rocky shores, the shaded nature of the habitat diminishes the amount of desiccation suffered by biota during periods of low water which allows certain species to proliferate. In addition, the amount of scour, wave surge, sea spray and penetrating light determines the unique community assemblages found in upper, mid- and lower shore caves and overhangs on the lower shore. All around the Black Sea this habitat type occurs in the Sarmatian limestone cliffs in Russia, Ukraine, Romania, Bulgaria and Turkey. It may also occur in volcanic and metamorphic rocks, such as Maslen Nos Cape in Bulgaria. The height of the entrance varies from 50 cm up to 25 m depending on the strength of the waves. The length of the water gallery is between 3 and 50 m and is sometimes followed by dry or semi-dry galleries with sand, gravel and larger stones. Natural light does not reach the inner reaches of the longest caves. Characteristic species: During the warm season some of the larger caves are inhabited by colonies of bat species (Miniopterus schreibersii, Myotis blythii, Myotis myotis and Myotis capaccinii). Birds may often also nest at the entrance of the caves. Caves with sandy underground banks were once regularly inhabited by the Monk Seal (Monachus monachus), which is now extinct in the Black Sea. The marine part of the caves is covered by invertebrate- dominated communities. Sciaphilic algae is only present at or near the entrance, where there is still some, albeit diminished, light. Most frequent at the entrance are the red alga Phyllophora crispaand the brown alga Zanardinia typus, while inside the cave only encrusting algae (Hildenbrandia, Lithophyllum, Phymatolithon) occur. The completely dark interior is dominated by either hydrozoan and bryozoan turfs or extensive sponge crusts (erect sponges Halichondia, Haliclona, Dysidea spp. or thin crust sponges), depending on current intensity. 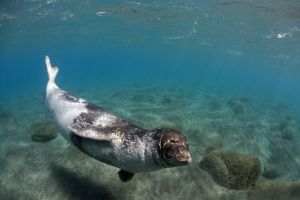 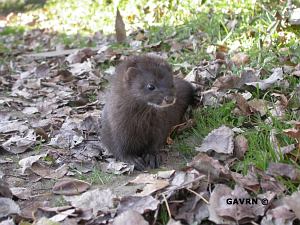 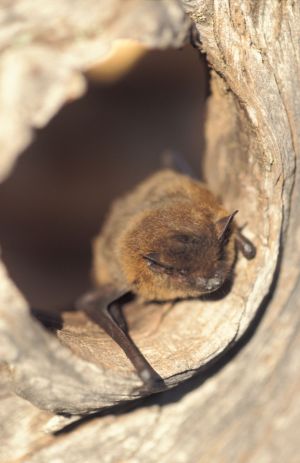