This sub-biotope occurs on mid to lower shore sand and muddy sand. Mussels Mytilus edulis grow attached to shell debris and live cockles Cerastoderma edule, forming patches of mussels on consolidated shell material, and often growing into extensive beds. The mussel valves are usually encrusted with barnacles such as Elminius modestus and Semibalanus balanoides, and the mussel bed provides a habitat for a range of species including Littorina littorea. The sediment infaunal community is usually rich and very similar to that of cockle beds (MA5-252), including cockles Cerastoderma edule, the baltic tellin Limecola balthica (Macoma balthica), and a range of burrowing crustaceans and polychaetes typical for MA5-252. Further species may be present are the sand mason Lanice conchilega, the sand gaper Mya arenaria, the peppery furrow shell Scrobicularia plana, Nephtys spp., and the ragworm Hediste diversicolor. Scattered fronds of eelgrass Zostera noltii may occur.
Situation: This biotope often occurs in large sandy estuaries, or on enclosed shores, alongside other sand and muddy sand biotopes, most notably unit MA5-252. It is possible that Lanice beds (unit MA5-255) occur lower down on the shore.
Temporal variation: Where this sub-biotope occurs in very sheltered conditions on muddy sand, it could change to MA2-2713 over time as pseudofaeces build up forming a layer of mud. This cannot happen where wave action or tidal streams wash away pseudofaeces and prevent a build up. In areas where mussel spat ("mussel crumble") settles on the surface shell layer of cockle beds, the mussel cover may be ephemeral, as is the case in the Burry Inlet (south Wales, UK). 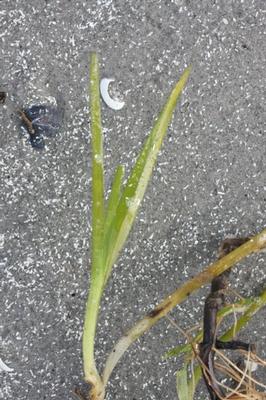