This is a Baltic Sea benthic habitat in the photic zone where more tham 10% of the seabed is a mix of both hard and soft substrata according to the HELCOM classification. Stable aggregations of unattached perennial vegetation covers at least 10%, while perennial attached erect groups or Mytilus cover less than 10% of the bottom. The habitat occurs in most of the Baltic Sea area where the salinity is <10 or 5 psu (depending on the area), the exposure is sheltered and the seabed is level over wide areas within the photic zone.

‘Baltic photic mixed substrate dominated by stable aggregations of unattached Fucus spp. (dwarf form)’ (AA.M1Q2) forms a characteristic biotope of shallow bays and lagoons between 0.25 and 2.5 m. This specific morphology of the Fucus spp. lacks bladders and holdfasts and the single plants can be loosely anchored in the sediment. Under more exposed conditions plants form a ball-shaped form, able to roll over the sea bottom. The Fucus dwarf forms coexist with attached F. vesiculosus, unattached Furcellaria lumbricalis, higher plants like Ruppia spp., Zannichellia palustris, Stuckenia pectinatus (formerly known as Potamogeton pectinatus), Zostera spp. and several Charophytes. The unattached thalli can cover the sediment up to about 10 cm height and thus form a three-dimensional habitat comparable to the interstitial space in coarse sediments. Epifauna is seldom attached to the Fucus dwarf form, but gastropods, amphipods and insects look for shelter and food in between the loose lying thalli. If abundances of the unattached form are very high, the sediment below becomes deoxygenated and the associated infauna below the Fucus layer may die. Presently this biotope is only known to occur in Sweden and Germany. In Germany it exists only in very few coastal lagoons with low to moderate eutrophication pressures and salinities of around 7–10 psu.

Both biotic and abiotic indicators have been used to describe marine habitat quality. These include: the presence of characteristic species as well as those which are sensitive to the pressures the habitat may face; water quality parameters; levels of exposure to particular pressure, and more integrated indices which describe habitat structure and function, such as trophic index, or successional stages of development in habitats that have a natural cycle of change over time. There are no commonly agreed indicators of quality for this habitat, although particular parameters may have been set in certain situations e.g. protected features within Natura 2000 sites, where reference values have been determined and applied on a location-specific basis.

Density of unattached Fucus spp. (typical and dwarf forms), the lower limit of the Furcellaria belt, the amount of epiphytic algae, and density of Furcellaria are potential indicators of quality of this habitat.

This habitat is known to occur in all the sub-basins of the Baltic Sea although favouring sheltered areas. Information is also available on the distribution of the characteristic species (Fucus and Furcellaria). Declines in extent have mostly been reported for the unattached Fucus spp. dwarf form biotope (also the rarest biotope associated with this habitat) but areas dominated by other species (e.g. Furcellaria) have also seen a decline. In other cases (Fucus vesiculosus beds) modelled distributions suggest a possible increase in cover of attached forms.
The overall assessment for this EUNIS level 4 habitat has been based on the HELCOM (2013) assessments for the associated HELCOM HUB biotopes. Draft assessments were derived using a weighted approach whereby the HELCOM assessment outcomes were assigned a score. This was averaged across the relevant biotopes. The outcomes were reviewed by Baltic experts to reach a final conclusion.
HELCOM (2013) assessed the the unattached dwarf form of Fucus (AA.M1Q2) as EN(A1). The other associated biotopes (AA.M1Q1, AA.M1Q3 and AA.M1Q4) were assessed as LC (A1). With no additional information on changes in extent or quality of this habitat, a known occurrence in all the Baltic Sea sub-basins, and less than a 25% decline in quantity over the last 50 years, current expert opinion is that this habitat should be assessed as Least Concern for the EU 28 and EU 28+.

The characteristic species Fucus vesiculosus and Furcellaria lumbricalis have a natural reproduction cycle of 1-2 years, but they take several years to reach full size. If the environmental conditions are favourable and there is a seed population available, the habitat can recover in the time, over periods of a few years to a decade.

Combatting local sources of eutrophication (mainly from agriculture) as well as conservation measures, such as restrictions on coastal constructions and dredging, in shallow coastal lagoons and archipelago areas can prevent damage and loss of this habitat. 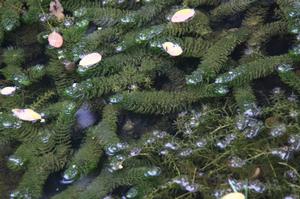 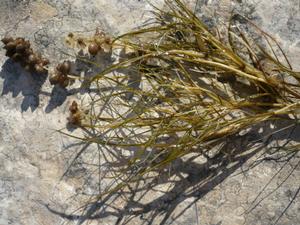