This intertidal habitat occurs on rocky shores of bedrock and boulders in areas exposed to wave action during high tides as well as to the swell of large storms. It includes facies characterised by discontinuous belts of the red algae Bangia atropurpurea  and  Porphyra spp.. The associated fauna  include littorinids (Littorina striata, Malaraphe neritoides and Nodilittorina punctata), small crustaceans such as hermit crabs (Dardanus  and Pagurus spp.), acorn barnacle (Chthamallus stellatus) and the isopod Ligia itálica. In very exposed areas, the Sally Lightfoot crab (Grapsus adscensionis) or the Runner crab (Pachygrapsus marmoratus) are quite conspicuous.

It has been recorded from both the Azores (San Miguel) and the Canary Islands (Lanzarote, Gran Canaria, Tenerife, Gomera, and La Palma), mainly on northern coasts, and is likely to occur around other Macaronesian islands.

There are no commonly agreed indicators of quality for this habitat, although particular parameters may have been set in certain situations e.g. protected features within Natura 2000 sites, where reference values have been determined and applied on a location-specific basis.  Indicators which have been developed for the assessment of ecological quality of coastal water bodies for the Water Framework Directive (WFD) that are relevant to this habitat include a consideration of macroalgae species richness, proportions of different taxa of algae present, and the abundance and coverage of the rocky surfaces by typical species.

This habitat is only present in the EU 28 in the North East Atlantic region. There is insufficient information to determine historical, current or future trends in quantity or quality although it is considered likely to decline in the future if conservation measures are not introduced. The known distribution is such that the identified threats are unlikely to affect all localities at once.
This habitat has large EOO and therefore qualifies as Least Concern under criterion B1. The AOO suggests it could be Endangered under criterion B2 however, given the lack of information on trends in quantity and quality, and the fact that the overall distribution is unknown, expert opinion is this habitat should be considered Data Deficient.

There is insufficient information to determine whether this habitat retains the capacity to recover when severely damaged.

This habitat is included within some Macaronesian Special Areas of Conservation such as Los Islotes on Lanzarote, Lobos Islands, Fuerteventura and the Garafia Coastal Area on La Palma. There are associated management measures, regulations and codes of conduct in these Marine Protected Areas but not necessarily targeting this specific habitat. Regulation of coastal development, improved management of discharges to the marine environment and controls on the potential introduction of invasive species are other measures that could benefit this habitat. 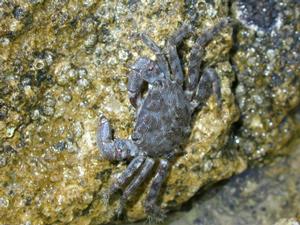