This habitat is found throughout the Macaronesian islands in rocky infralittoral areas and is characterised by the presence of many photophilic algae.

In shallow waters 2-3m around the Azores the habitat is dominated by Codium fragile although in places the invasive species C. fragile spp. tomentosoides has also become established.  In the southern Macaronesian archipelagos of Madeira, Selvagen and the Canaries other Codium  spp. are characteristic elements of this habitat either as conspicuous narrow belt of crustose species (C. intertextum, C. adhaerens) in the infralittoral fringe, globlose to subglobose, somewhat flattened specimens of C. elisabethiae / C. bursa, or frondose and large specimens in crevices and overhangs (C. taylorii) or attached to pebbles (C. decorticatum).

In shallow sublittoral rocks, it is also possible to find the biotope of the green macroalgae Dasycladus vermicularis - Halimeda discoidea -Acetabularia acetabulum  with the gasteropod Elysia timida.  Where there is some organic matter sedimentation the red algae Halopithys incurva, Digenea simplex, Rytiphlaea tinctoria and Alsidium corallinum are more common.

In deeper waters with low light intensity the associated biotopes include those characterised by the red macroalgae Botryocladia, Halymenia, Sebdenia and less frequently Kallymenia.  In some detritic sediments, the introduced tropical green seaweed Caulerpa racemosa  var. cylindracea  could be observed between 10 - 50 m. depth. Associated species are the polychaete Ditrupa arietina, decapods such as Paromola cuvieri and Cancer bellianus, bryozoans of the genus Cupuladria and the sea urchins Cidaris cidaris and Genocidaris maculata.

There are no commonly agreed indicators of quality for this habitat, although particular parameters may have been set in certain situations e.g. protected features within Natura 2000 sites, where reference values have been determined and applied on a location-specific basis.

In the Canary Islands, common associated species are the anthozoan Palythoa canariensis and the bivalve Spondylus senegalensis as well as the red macroalgae Nemastoma canariensis and the esponges Aplysina aerophoba e Ircinia spp. The Azores archipelago is the southwestern limit of distribution of Codium fragile ssp. atlanticum but the invasive species C. fragile ssp. tomentosoides has also established successful populations in the archipelago.

There is insufficient information to determine historical, current or future trends in quantity or quality of this habitat although it is considered likely to decline in the future if conservation measures are not introduced.
This habitat has a large EOO and AOO, and therefore qualifies as Least Concern under criterion B. However the habitat is assessed as Data Deficient both at the EU 28 and EU 28+ levels given the lack of information on its trends in quantity and quality and the fact that its overall distribution is unknown.

There is insufficient information to determine whether this habitat retains the capacity to recover when severely damaged.

This habitat is included within some Marine Protected Areas where there are associated management measures, regulations and codes of conduct but not necessarily targetting this specific habitat. Regulation of coastal development and discharges to the marine environment and control of activities that might lead to the introduction of invasive species are other measures that could benefit this habitat. 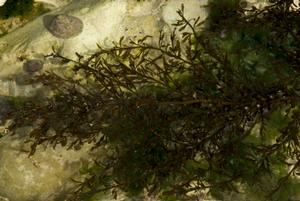 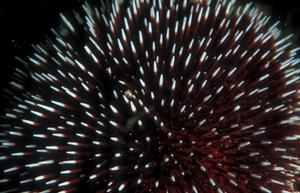