This habitat includes scrub vegetation developed more permanently on unsorted gravelly deposits on the banks and shoals of turbulent seasonally-flowing streams and flood-prone rivers through the uplands of nemoral, boreal and alpine zones, as well as temporary successional willow vegetation through the European lowlands. In higher European mountains, common woody pioneers in such situations are Myricaria germanica, Salix purpurea, S. eleagnos, S. daphnoides and S. nigricans with S. phylicifolia often the leading pioneer in the Boreal zone. This kind of vegetation also extends into the Mediterranean zone of Spain where permanent flow protects streamside sediments against the seasonal drying of sediments and salinization that favours F9.3 Mediterranean riparian scrub. Here S. salvifolia, S. pedicillata and S. cantabrica are important colonisers.
These willows anchor firmly in the gravels and can tolerate further flooding, as well as browsing from wild herbivores and stock. Where accumulating gravels raise the ground surface higher above the flood, Hippophaë rhamnoides can also gain a hold, thriving in the lime-rich conditions that generally prevail here and coming to dominate in dense thickets. Such alluvial scrub, only incidentally flooded, is found both in temperate Europe and in the boreal regions. Where regular inundation ceases in the higher reaches of rivers, there can be a succession to G1.2 Riparian woodland dominated by Alnus incana.
These assemblages do not extend unchanged in composition into the lowlands of Europe and, in fact, where S. eleagnos persists along more mature riversides, it can attain the stature of a tree which excludes its stands from this habitat. However, on the sediments which are deposited by flood waters at these lower altitudes, S. purpurea can colonise with S. triandra to form willow scrub with a similar structure to that of mountain streamsides. Here, however, where the sediments stabilise, this vegetation is often a prelude to the development of G1.1 Riparian and gallery woodland dominated by S. alba and S. fragilis. However, in lowland rivers prone to repeated flooding, repeated setback of such succession can leads to re-establishment of the willow scrub.
In the boreal regions of Europe riparian scrub along rivers and mountains streams is dominated by a combination of Salix lapponum, Salix glauca, Salix lanata and Salix phylicifolia, and a herb layer of tall herbs, like Filipendula ulmaria, Geum rivale, Calamagrostis purpurea, Rumex acetosa and Comarum palustre.

There has been an overall slight decrease of the habitat in both quantity and quality over the last 50 years, but not to a degree to meet any Red List category. The situation varies a lot over Europe and the habitat is much more threathened in lowlands and the Alps compared to the Balkan and the north. In Scandinavia this willow scrub has a good quality and even shows an increase in area.

Restoration of watercourses may have effect in a relatively short time if the measures are robust enough. Several full scale restoration projects have been carried out, most of them with great success.

Most important management is to restore the water regime to a level that water fluctuations are as close as possible to natural conditions. Other measures are to eradicate invasive species and to protect sites with a representative set of good examples of the habitat. 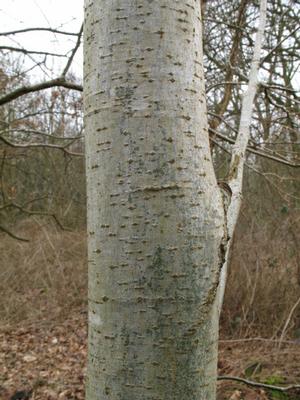 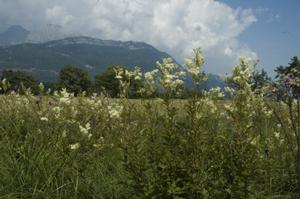 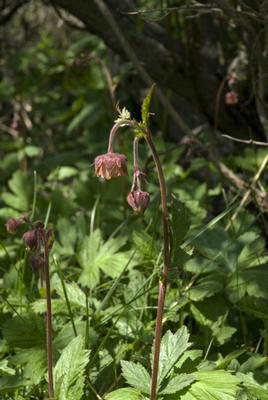 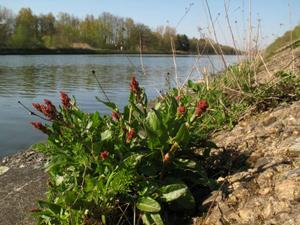 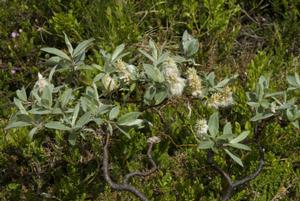 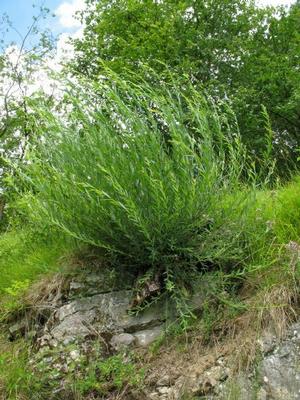